In the first three months of 2019, Jenoptik reported good demand in the semiconductor equipment and automotive markets. Export restrictions in the defense business, however, had a negative impact on growth. In addition and as expected, the high level of prior-year revenue in the Light & Safety division could not be fully compensated. Group revenue in the first quarter of 2019 was therefore down 3.1 percent at 184.0 million euros (prior year: 189.9 million euros). Prodomax and the OTTO Group, the companies acquired in the prior year, contributed over 12 million euros of revenue to the Group’s current business performance.

On a regional level, growth was exclusively achieved outside Europe. Jenoptik registered its strongest growth in the Americas, where revenue increased a significant 23.4 percent to 47.5 million euros (prior year: 38.5 million euros), primarily due to the contribution made by Prodomax.

“As expected, our divisions showed a mixed picture in their business development at the beginning of 2019. On the one hand, export restrictions in the defense business are inhibiting growth and, as anticipated, we could not fully compensate the high revenues of around 15 million euros we generated with toll monitoring systems in our traffic safety business in the prior year. We are, however, seeing continuing good demand in our important semiconductor equipment and automotive markets and, overall, remain on course for growth, as our order book shows,” says Stefan Traeger, President & CEO of JENOPTIK AG.

As a result of a lower operating cash flow than in the prior year and higher capital expenditure, the free cash flow in the reporting period fell to minus 5.1 million euros (prior year: 13.3 million euros). In addition, customer payments originally expected in early 2019 were already received at the end of December 2018. An increase in financial debt – in particular due to the introduction of the international financial reporting standard IFRS 16 – and a slightly lower level of cash and cash equivalents resulted in net debt amounting to 39.2 million euros at the end of this reporting period (31/12/2018: minus 27.2 million euros).

Development of the divisions: growth in photonics business, export restrictions impact on VINCORION

“On the back of sustained good demand in key markets, recently acquired projects, and good order intake growth, we are confident to see good business performance, particularly in the second half of the year, and to achieve our financial targets for 2019,” says Stefan Traeger.

The Executive Board of JENOPTIK AG continues to expect momentum to increase over the year and therefore confirms its guidance for 2019. Revenue growth for the full year is due to be in the mid-single-digit percentage range (without any major portfolio changes). The EBITDA margin is expected within the range of 15.5 to 16.0 percent.

The Interim Report is available in the “Investors/Reports and Presentations” section of the Jenoptik website. The “Jenoptik app” can be used to view the Interim Report on mobile devices running iOS or Android. Images for download can be found in the Jenoptik image database, in the “Current Events/Financial Reports” gallery.

Key figures at a glance (PDF)

This announcement can contain forward-looking statements that are based on current expectations and certain assumptions of the management of the Jenoptik Group. A variety of known and unknown risks, uncertainties and other factors can cause the actual results, the financial situation, the development or the performance of the company to be materially different from the announced forward-looking statements. Such factors can be, among others, changes in currency exchange rates and interest rates, the introduction of competing products or the change of the business strategy. The company does not assume any obligation to update such forward-looking statements in the light of future developments.

A globally operating technology group. Optical technologies are the very basis of our business with the majority of our products and services being provided to the photonics market. Our key target markets primarily include the semiconductor equipment industry, the medical technology, automotive and mechanical engineering, traffic, aviation as well as the security and defense technology industries. Jenoptik has about 4,000 employees worldwide. 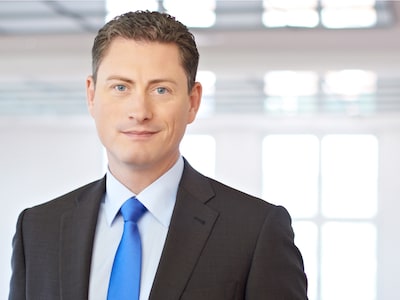