Jenoptik ended the 2020 reporting year with a strong fourth quarter and was able to significantly increase profitability in 2020. This positive development was supported by sustained high demand from the semiconductor equipment industry, the acquisition of TRIOPTICS and a largely stable capital spending by public sector customers. The company used the year that was challenging due to the pandemic to drive forward important strategic decisions for its development into a leading international photonics group, the streamlining of structures and greater cost efficiency.

“At the beginning of 2021, Jenoptik stands for growth, innovation, and profitability even more than it did a year ago. By focusing on growth areas in photonics, we managed the Covid-19 year 2020 well. We are confident for 2021 thanks to an upturn in demand, improved cost efficiency and external growth. We expect revenue growth in the low double-digit percentage range and want to increase profitability to an EBITDA margin of 16.0 to 17.0 percent. Thanks to leading positions in promising future markets, Jenoptik is well positioned to grow profitably also in the medium term,” Dr. Stefan Traeger, President & CEO of JENOPTIK AG comments on the development.

Thanks to a lower cost of sales, first positive effects from the structural and portfolio measures implemented and tangible cost savings, the gross margin reached 34.2 percent in 2020 and was thus on a par with the prior-year figure of 34.1 percent.

Jenoptik recorded good growth in order intake in the fourth quarter of 2020, and although a figure of 228.5 million euros was not quite enough to reach the prior-year value of an adjusted 234.0 million euros, it was the highest level of demand in the year covered by the report, assisted by the contribution made by TRIOPTICS. At 739.4 million euros, the order intake for the full year was considerably down on the adjusted prior-year figure of 792.7 million euros. The order backlog, at 460.1 million euros in 2020, was almost at the same good level as in the prior year (adjusted 464.7 million euros). This gives cause for optimism in 2021, especially as 78.5 percent of these orders are expected to be recognized as revenue in the new fiscal year. At the end of 2019, this adjusted figure was just 68.0 percent.

Payment of a substantially higher dividend of 0.25 euros per share proposed

In view of solid balance sheet ratios and a comfortable liquidity situation, the Executive Board and Supervisory Board of JENOPTIK AG will propose to pay a substantially higher dividend of 0.25 euros (prior year: 0.13 euros) to the shareholders to the Annual General Meeting on June 9, 2021 (to be held virtually as last year). The Jenoptik boards are maintaining their consistent dividend policy with this recommendation. Shareholders of JENOPTIK AG should participate appropriately in the success of the company, irrespective of the impacts of the Covid-19 pandemic, two acquisitions, and capital expenditure.

“Thanks to our good balance sheet quality and the ability to generate sustainably high free cash flows, we are able to finance our future planned growth very well. Thanks to a strong reputation and the strengthened commitment to more sustainability, we also recently managed to successfully place our first debenture bond with a ’green component’. We raised 400 million euros on the financial markets at favorable interest rates. This gives us the latitude to consider acquisitions and investments in our core business of photonics and confirms the correctness of our solid financing strategy,” adds CFO Hans-Dieter Schumacher.

Development of the divisions

In 2020, revenue in the Light & Production division was strongly impacted by Covid-19 and the reluctance to invest in the automotive industry. At 178.9 million euros it was therefore sharply down on the prior year’s figure of 228.9 million euros. Despite a strong drop in the cost of sales, the division’s adjusted EBITDA fell from 25.8 million euros to 15.8 million euros. The adjusted EBITDA margin for 2020 came to 8.8 percent, compared with 11.3 percent in the prior year. The management has implemented extensive structural and portfolio measures amounting to 7.9 million euros, which were already showing a positive impact and will take full effect by 2022. Due to postponements and a major cancellation the order intake, at 157.8 million euros, was also significantly down on the prior year (prior year: 199.3 million euros). Nevertheless, the division received a major order with great potential from the Spanish supplier Gestamp in the field of automation. The order intake includes orders from INTEROB worth around 20.4 million euros.

Based on good order intake growth in the fourth quarter of 2020, a well-filled project pipeline, and the continued promising development in the semiconductor equipment business, the Executive Board expects further growth in the current fiscal year. In addition to the organic growth in the divisions, TRIOPTICS, which will be consolidated for the full year for the first time, will also contribute to the positive development.

For 2021, Jenoptik is expecting revenue growth in the low double-digit percentage range, including TRIOPTICS (prior year: 767.2 million euros). The Group currently forecasts EBITDA (earnings before interest, taxes, depreciation, and amortization, including impairment losses and reversals) to increase significantly in the current fiscal year (prior year: 111.6 million euros). The EBITDA margin is due to reach between 16.0 and 17.0 percent (prior year: not adjusted 14.6 percent).

Due to the uncertainty generated by the Covid-19 lockdown at the beginning of the year and the risk of a third wave of the pandemic, a more precise forecast is not currently possible. However, we plan to specify the forecast during the course of the year.

Optical technologies are the very basis of our business: Jenoptik is a globally active technology group and is active in the three photonics-based divisions: Light & Optics, Light & Production and Light & Safety. Under the TRIOPTICS brand, Jenoptik also offers optical test and manufacturing systems for the quality control of lenses, objectives and camera modules. VINCORION is the brand for our mechatronic business. Our key target markets primarily include the semiconductor industry, medical technology, automotive and mechanical engineering, traffic, aviation as well as security and defense technology industries. Approximately 4,500 employees work for Jenoptik worldwide. The Group’s headquarters are in Jena (Germany). JENOPTIK AG is listed on the German Stock Exchange in Frankfurt and is included in the SDax and TecDax. In the 2020 fiscal year, Jenoptik generated revenue of approx. 767 million euros. 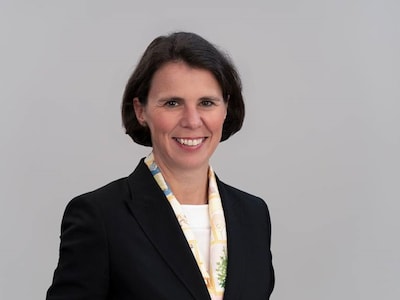