Automated enforcement specialist Jenoptik Traffic Solutions UK have won the Chartered Institution of Highways and Transportation Road Safety Award 2021 for an average speed solution which tackled the problem of antisocial driving on a stretch of the A10 in North London.

The Jenoptik SPECS network was delivered on the A10 in Enfield after problems with late-night races along the road by people often using modified high-performance vehicles. Despite the 40 mph limit, these gatherings led to racing and stunts in nearby car parks. An increase in speeds, collisions and casualties resulted in residents demanding action.

Police had been undertaking high-profile patrols, catching several drivers and reducing the number of crashes in the area, but this was very labour-intensive. Therefore, in January 2020, Transport for London decided to introduce the 18-camera average speed system. Delivered in six weeks from concept to completion, the scheme has seen antisocial behaviours stop, speeds and collisions reduced and the road reported to feel significantly safer.

“The SPECS installation on the A10 has allowed the benefits of a visible policing presence to be delivered 24/7 along the entire monitored route,” explained Geoff Collins, Deputy Managing Director of Jenoptik Traffic Solutions UK, a Jenoptik company in the Light & Safety division. “This includes the known positive outcomes of a well-designed Average Speed Camera solution, delivering safer speeds and smoother traffic flows.”

Collins explains that the solution was delivered so quickly because of an innovation in camera installation. Instead of having to install specific poles to site them, existing lighting columns were used. “This not only saved time, but was far more cost-effective for our customer too,” he added.

Optical technologies are the very basis of our business: Jenoptik is a globally active technology group and is active in the three photonics-based divisions: Light & Optics, Light & Production and Light & Safety.

The Light & Safety division provides road traffic solutions for safety and public security. Its extensive product portfolio includes comprehensive systems for traffic law enforcement by speed and red light monitoring systems and customized solutions for identifying other traffic violations including the measurement of average speed (section control). The division also provides extensive services that cover the entire support chain including automated data processing and analysis. Special expertise relates to automatic number plate recognition (ANPR) including applications for the police. These systems capture, analyse and help to act against public safety threats such as serious organised crime and border control violations through the use of real-time predictive data analysis. Furthermore, the Light & Safety division offers technical solutions for road user charging. For these applications, the division developed innovative monitoring pillars that combine various digital sensor technologies such as stereo image processing and axle number detection in a single system. With global experience based on more than 30,000 delivered systems worldwide, in-house engineering and design along with local know-how supported by a strong partner network in more than 80 countries, the division helps to make our roads, journeys and communities safer. 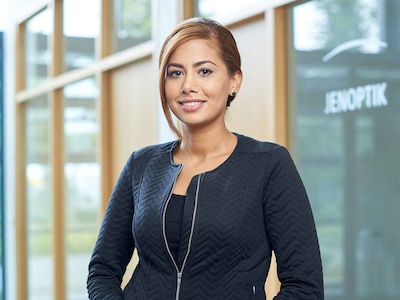